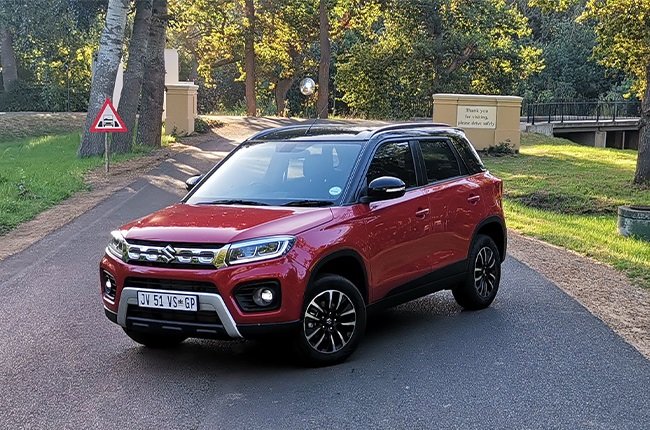 STANDARD Utility Vans in mzansi is an in-thing!

Since its launch in the South African market the SUV Suzuki Brezza continues to outshine its competitors.

To affirm my position, I had a chance to play with this popular compact SUV (manual)- and boy it does possess power, believe you me.

The Brezza also has the auto transmission.

It was known as Vitara in SA in 2008 and since then has etched its name in the hearts of Suzuki enthusiasts. To date, Suzuki has sold over 600 000 Vitara Brezza models.

And yes, it can accommodate more than five guests since its spacious, provided those passengers aren’t well-built… You get my drift.

Inside, you come across the large 7” touch screen infotainment system, which is both standard across the range and forms the centrepiece of the dashboard; as it fitted with Apple CarPlay and Android Auto.

It has reverse camera, bluetooth, an auxiliary input and a USB port are also standard, while all models allow the driver hands-free control of the system and the phone interface from the steering wheel buttons or voice command system.

Safety systems include ABS brakes with emergency brake-force distribution and brake-assistance, airbags for the driver and front passenger, pre-tensioners and force limiters on all seatbelts and ISOFIX-mountings for child seats.

Passive safety, in turn, is taken care of by the award-winning Total Effective Control Technology (TECT) structure. This body structure was designed by Suzuki to be both incredibly strong and light and it has won industry acclaim for the effective dispersing of crash energy away from the occupants. It also feature Brezza’s TECT-structure that includes side-impact beams in the doors for added protection.

The Brezza range is fitted with Suzuki’s proven and highly popular K15B engine that also serves in models such as the Jimny, Ertiga and Ciaz. This engine has multi-point fuel injection and four valves per cylinder for greater efficiency and smooth power delivery across the engine range.

The model I tested, has the K15B-engine engineered to deliver a solid 77 kW at 6 000 rpm and 138 Nm of torque at 4 400 rpm. Power is delivered to the front wheels via a five-speed manual or new four-speed automatic transmission.

The Vitara Brezza has an electrically assisted rack and pinion steering system and is equipped with a McPherson strut front suspension and torsion beam rear suspension.

It uses petrol and its economical- so you can rest and enjoy at serendipity like I did at the Cradle Moon, as animals roamed freely from one end towards the lake.

The Brezza has a class-leading four-year/60 000km service plan and a five-year or 200 000km promotional mechanical warranty.

Image (The Vitara Brezza has that ‘thing’).

The unthinkable happened as tornado claims lives and destroys properties in Tembisa!