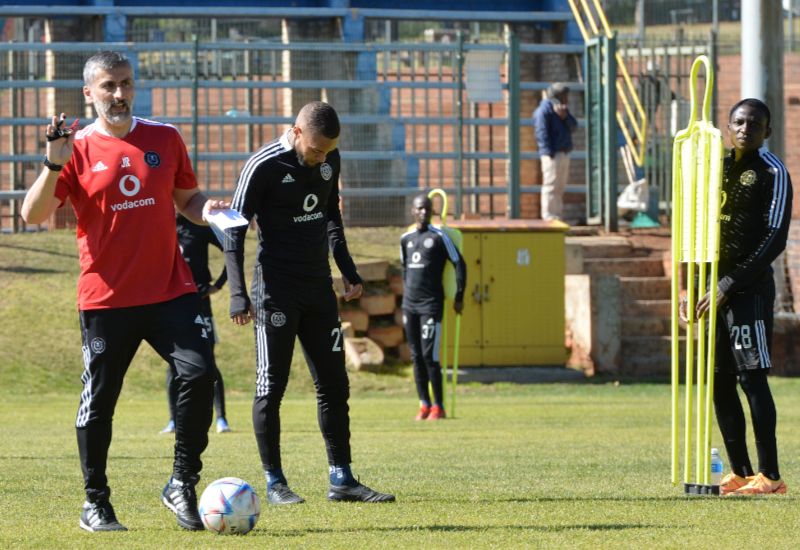 THE FIRST six fixtures of Orlando Pirates‘ new season will include Soweto rivals Kaizer Chiefs as well as Swallows FC.

The mighty Buccaneers have now confirmed the club’s six provisional opening fixtures and the Soweto derby.

The marathon will begin at the Orlando Stadium against Swallows FC for what is known as the original Soweto derby.

Jose Riveiro‘s side will then travel to the Western Cape to battle Stellenbosch FC.

Subsequent games will include Chippa, Royal AM, SuperSport United, Marumo Gallants as well as Amakhosi.

“The first of the highly-anticipated match-ups takes place on Friday 5 August, with Pirates set to be among the early kick-off the following day when they take on Swallows in another exciting instalment of the original derby,” the club reported.

“The game will be staged at the iconic Orlando Stadium, and it’s scheduled to start at 15:00,” Bucs added.

Image (Bucs new coach Jose Riveiro busy with his charges. Will he bring the winning mentality at the club, it remains to be seen)?

Township economy contributes billions into the GDP yet no tangible results, but Castle Lager through its new campaign aims to change the ‘ball game’

Pollard to quell any fire from visiting NZ