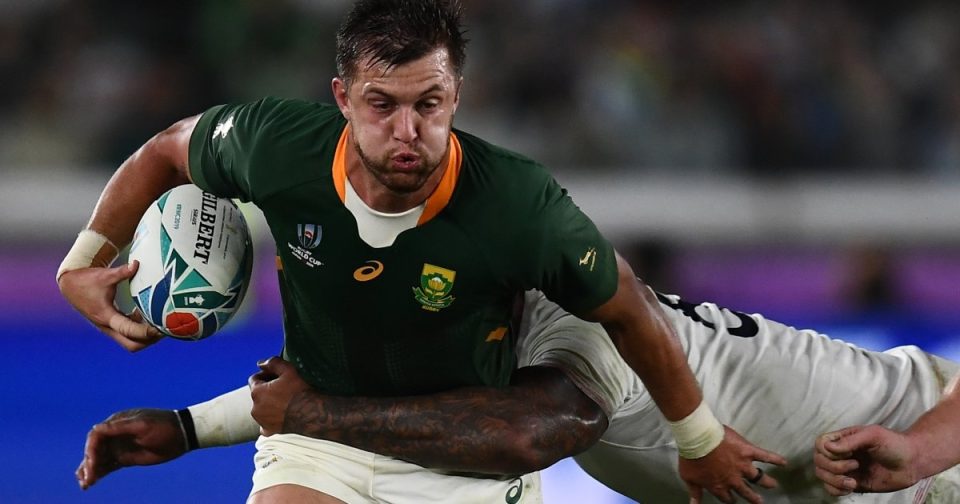 THE SPRINGBOKS will be going all out to break their All Black home hoodoo when they take them on in their first Rugby Championship clash of the year at the Mbombela Stadium on Saturday, August 5.

It has been seven long years since the Boks picked up a home win over the All Blacks, that being at Ellis Park back in 2014, and flyhalf Handre Pollard admits that it is something that the team has spoken about.

“We spoke about it as a group. We have achieved a lot of things in the last four or five years which has been great, but that’s something I haven’t done (beat the All Blacks in South Africa since 2014). It’s just like we haven’t beaten Australia away in nine years,” explained Pollard.

“But we are not looking at Australia yet. We are solely focused on New Zealand for now. But it’s definitely a box that this group wants to tick together and we’ve got two great opportunities to do it now.

“I think they are incredibly dangerous at the moment, where they are as a group. It’s going to be very tough. We have two weeks now and two opportunities, but let’s see how the first 80 minutes goes on Saturday.”

Pollard will be in for a massive battle against Beauden Barrett and his replacement Richie Mo’unga, who are both a handful to deal with.

“I don’t think as a team they will change much whether the one plays or not. They are pretty rigid in the stuff they do, but they both have different x-factors,” said Pollard.

“With Beauden his speed is unbelievable and he has a lot of experience as well which is great. Richie is also ticking along, getting more Test caps and he’s a bit more of a threat with ball in hand in terms of his footwork.

“But it’s Test match rugby, not Super Rugby. It’s something different and we will try to contain whoever plays, but they have got 15 threats on the field at all times so we won’t be focusing just on those two.”

Pollard is predicting another typically tight match against the All Blacks and believes that the kicking game could be decisive with who walks away with the win on Saturday.

“It’s going to be massive. Tight games, which these (between the Springboks and All Blacks) usually are, the kicking game is really important to contain them. One of the things you don’t want to give them is broken play and time on the ball,” said Pollard.

“So the way we kick and what type of kicks we use are important. I think we’ve got a good plan and have planned well this week. But then it just comes to execution and in our kicking game everybody has a role to play.”

Will Bucs new coach bring back the winning mentality at the club as they open the PSL season against Swallows in Soweto derby?

Key appointments made at TIME hotels in Dubai!

Xenophobic Comedy for the stressed!