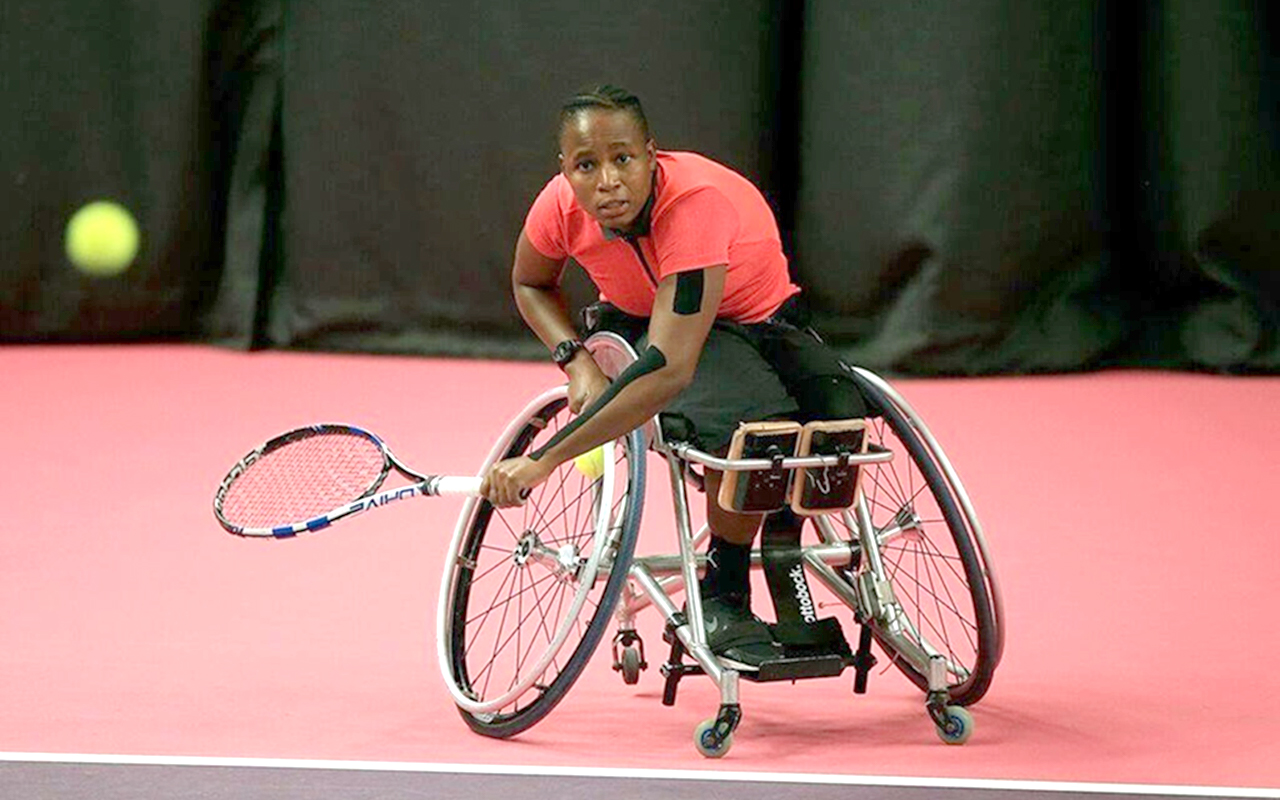 For the uninitiated this is Kgothatso “KG” Montjane, a wheelchair tennis player.

“KG” as she’s affectionally renowned to her fans has just bagged another deal with world’s beauty company Avon Justine.

It is said ‘beauty can be deceiving’ so her opponents are in for a hiding!

The deal is part of Avons’ new brand motto –Watch Me Now, which underpins the importance of supporting and celebrating stories of triumph over adversity.

Although it was not confirmed how long is the deal, one thing for certain is, “KG” will be awash with beauty products to deal with her dripping sweat from the courts.

“She is a champion on and off the court. Despite the physical and socio-economic adversities she has faced, Kgothatso has succeeded and accomplished what no other South African athlete has.

She embodies our brand statement of Watch Me Now, which is a celebration of grit and overcoming the odds. Given the opportunity and the required resources, Montjane will achieve all her goals, put South Africa on the map and continue to inspire all South Africans,” says Mafahle Mareletse, Avon Justine’s Managing Director.

The Paralympian has an illustrious track record in wheelchair tennis.

She is the first wheelchair tennis player from Africa to be nominated as the IPC athlete of the month, a nomination which came about in October 2012, and she is the first African player to compete in the esteemed NEC World Singles & Doubles Masters.

On her new deal, she said:” I am excited and pleased to receive sponsorship from a household brand such as Avon. The brand’s Watch Me Now philosophy resonates with me as I’ve faced many challenges and believe no worthwhile journey is without its challenges.

I want to encourage other people living with disabilities to play wheelchair tennis, or any other sport, to regain their confidence and a sense of purpose. The sport has given me a new life and a healthy sense of well-being,” says Montjane.

Known to many as Africa’s number 1 ranked wheelchair tennis player, “KG” is a trailblazer and an accomplished athlete who has for many years flown South Africa’s flag high internationally.

Having been ranked number 1 in Africa for 11 years consecutively, “KG” is currently positioned at fifth place on the International Tennis Federation (ITF) ranking board.

Apart from raking it- financially of course, she has completed a BSC Degree in Recreation and Leisure at the University of Venda in 2010.

It seems sponsors are lining-up for her signature following a call to back her up.

We are guilty of the flames!