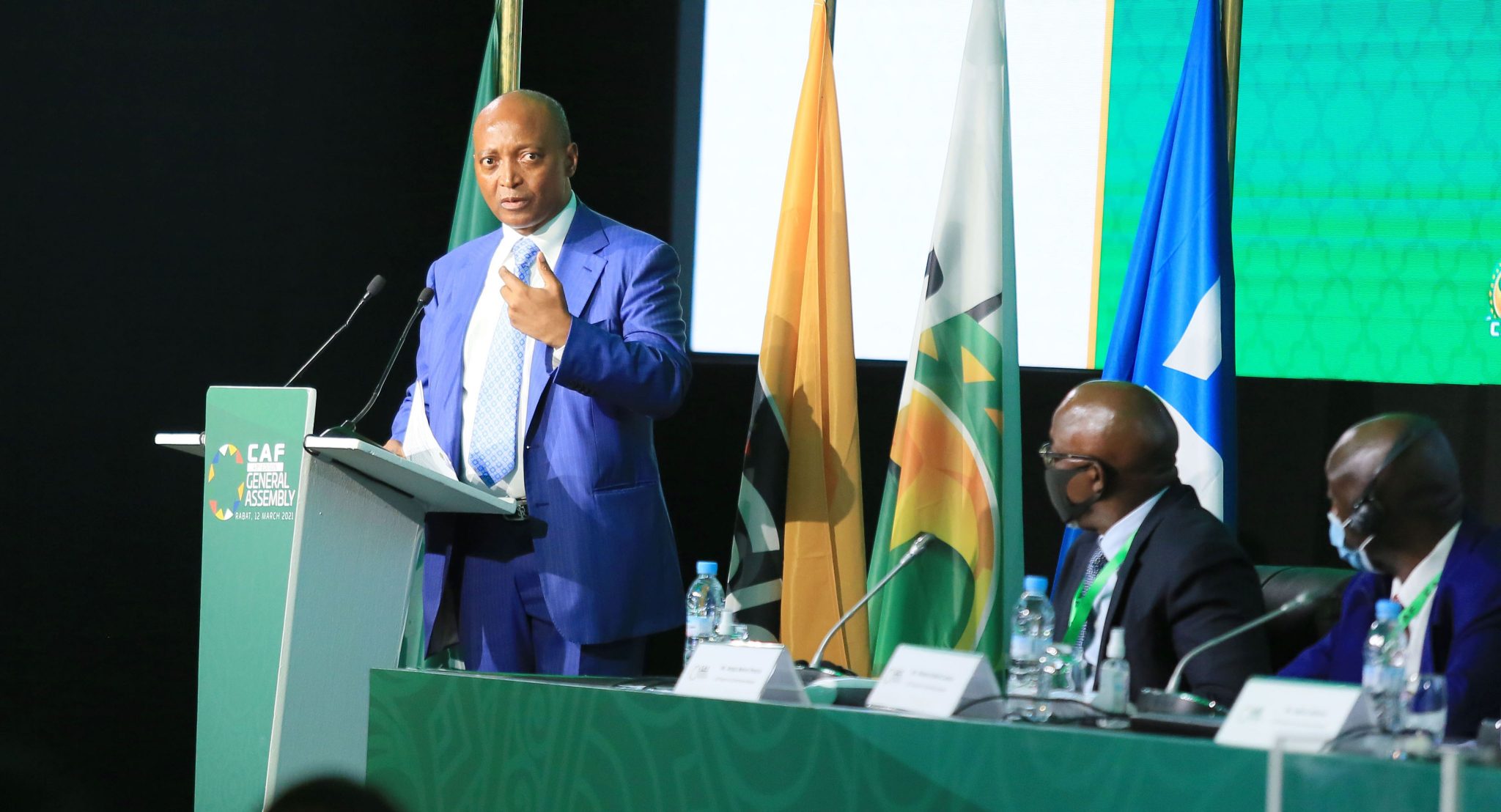 Motsepe was speaking with less than three weeks until the tournament kicks off as he visited Yaounde’s Olembe Stadium, which will host the opening match on 9 January.

His comments came as speculation persists that the finals will be delayed further or even cancelled because of the latest problems with the global Covid-19 pandemic.

“I will be in Cameroon on 7 January with my wife and kids to witness this incredible competition,” Motsepe insisted on Monday.

“We are going to host with the people of Cameroon an exceptional tournament. It will be the most successful Afcon. We are ready to show the world the best of African football and African hospitality.

“This tournament is important for the people of Africa and I’m so proud and so excited with the work done.”

Also on Monday, Samuel Eto’o, who was elected president of Cameroon’s FA earlier this month, hit out at the constant reports placing the competition in doubt, many of which come from Europe.

The former Barcelona star highlighted the fact that the European Championship took place earlier this year as the pandemic continued to rage across the continent.

“If the Euros took place in the middle of the pandemic, with full stadiums in several cities in Europe and there was no problem, why wouldn’t Afcon be played in Cameroon?” he asked French station Canal+.

“Or are you trying to say that like we’ve always been treated, we Africans aren’t worth anything so we have to put up with it?

“I don’t see why Afcon wouldn’t take place. The Cameroon FA that I represent will defend hosting this competition to the end.”

Like former African Footballer of the Year Eto’o, Motsepe, 59, also seemed surprised by the continued rumours surrounding the 24-team finals.

“We have to believe in our people,” the Caf boss said. “We have to stop being the ones that lack confidence and are always expressing negative views of our people.

“All over the world there are competitions with challenges but we have to be more optimistic because sometimes we are over critical of ourselves.

“This is the generation where Africans must believe in Africans. We can host a football competition that’s as good as you can see in Europe and the world.”

Cameroon had been slated to host the 2019 Nations Cup, but the country was stripped of hosting rights in November 2018 with Caf citing delays in the country’s preparation for the tournament

Cassper Nyovest is the new face of MTN!

What tune will Ramaphosa sing at SONA?