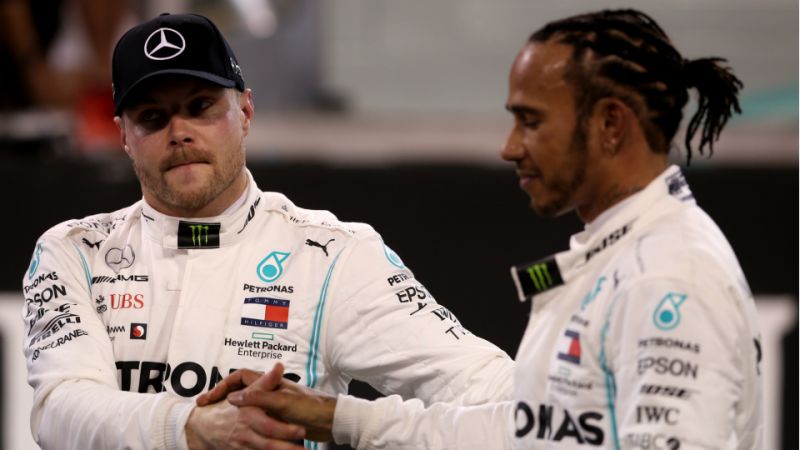 Bottas who is a teammate to Lewis Hamilton’s Mercedes, will be visiting our shores as part of the Heineken® F1 Joburg Festival, scheduled for March 29 2020 in Sandton.

The Finland born had the world on its knees, following how quickly he had found love again after the breakdown of his marriage. He’s now dating a 31-year-old Australian and cyclist known as Tiffany.

But that should not deter his SA and Formula 1® fans, who might wanna see the new girlfriend, as he will be screeching the tyres alongside F1 legend David Coulthard and Formula 1 legend and former Formula 1 World Championship winner, Jody Scheckter who will make a rare appearance in his 1979 title-clinching Ferrari as F1 marks its return to South Africa.

The amazing exhibition will be a must-see for Gauteng and all African F1 fans, who will be immersed into the world of F1, as the Mercedes-AMG Petronas Formula One Team, Aston Martin Red Bull Racing and Renault F1 teams roar above the reef at Africa’s first-ever F1 festival.

The day will be packed with fun-filled activities catering for all; including a fan zone featuring interactive activations such as the ‘DHL esports Challenge’ and the ‘Pirelli Pit-Stop’ Challenge along with spectacular car displays including supercars, SA Karting, F1600 and historic single seaters.

Ellie Norman, Director of Marketing & Communications said “We are excited to announce that F1 will be heading to South Africa this season, with the Heineken® F1 Joburg festival. South Africa has a very special place in Formula 1 history and we remain committed to returning to South Africa in the future. The festival will be an incredible opportunity for the people of Johannesburg to see F1 up close and personal, with live car runs, fan experiences and incredibile live music acts.”

Gerrit Van Loo, Heineken® South Africa Managing Director said “Heineken® has a long-term association with Formula 1 globally. In true Heineken® style we aim to show the world how F1 is more than a race. We are thus immensely excited to utilize our global partnership with F1 to help bring this once in a lifetime event, the Heineken® F1 Joburg Festival, to the people of Mzansi.”

“Gauteng is undoubtedly Africa’s entertainment, lifestyle and business capital. It is the home of champions and an aspiring motor city region. The hosting of this first ever African F1 Festival on our shores bodes well with our provincial drive to use the hosting of quality business, sporting and lifestyle events as a catalyst for socio-economic growth, job creation and destination marketing efforts to grow Gauteng together,” says Morakane Mosupyoe, Gauteng MEC for Economic Development.

Ideally, the international Kyalami Grand Prix would have been a better choice- but its organizers prerogative at the end of the day who opted for the bustling Sandton- just saying…

Tickets are available from Computicket from just R60 for a general admission ticket and can be purchased at: heinekenf1joburgfestival.computicket.com

The send-off brunch for Miss Universe

Luvuno to use Comrades Marathon as a message to everyone: ‘it may seem impossible until its done’