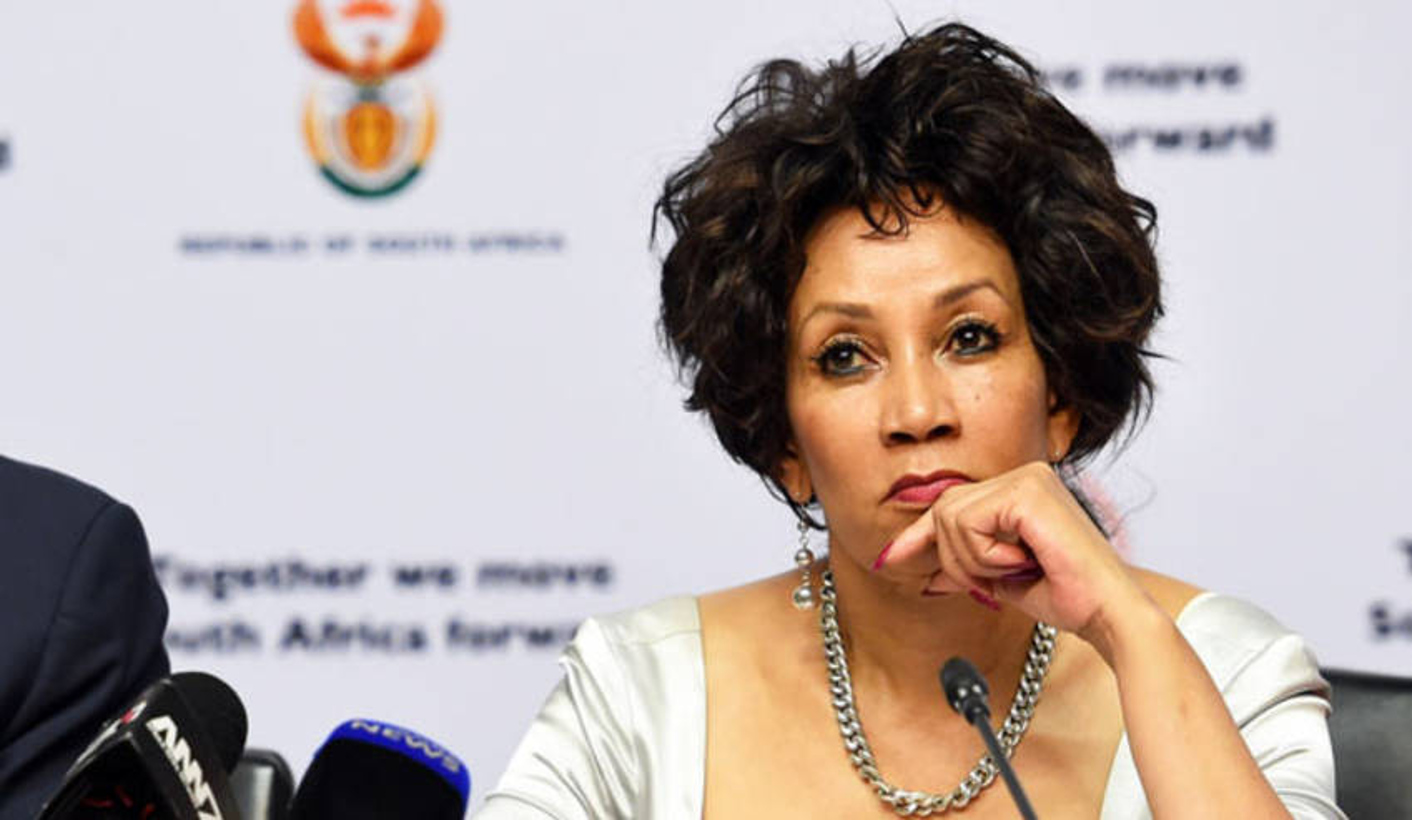 Last week the Judge presented his first of the three volumes report to Pres Cyril Matamela Ramaphosa and the minister of Tourism- Lindiwe Sisuslu has fired a first salvo by attacking and demeaning the justice system in both SA and Africa, in a column that has set a pigeons amongst the cats.

And Judge Zondo did not take kind to such and responded accordingly.

Titled “Hi Mzansi, have we seen justice?” minister Sisulu attempts an argument for the overhaul of South Africa’s judicial system, which she says does not favour the oppressed masses.

Of the judiciary, she says: “The most dangerous African today is the mentally colonised African. And when you put them in leadership positions or as interpreters of the law, they are worse than your oppressor. They have no African- or pan-African-inspired ideological grounding. Some are confused by foreign belief systems.

“When it comes to crucial economic issues and property matters, the same African cosies up with their elitist colleagues to sing from the same hymn book, spouting the Roman-Dutch law of property. But where is the indigenous law? It has been reduced to a footnote in your law schools. Where are the African value systems and customs of land, wealth, and property?

“Today, in the high echelons of our judicial system are these mentally colonised Africans, who have settled with the worldview and mindset of those who have dispossessed their ancestors. They are only too happy to lick the spittle of those who falsely claim superiority. The lack of confidence that permeates their rulings against their own speaks very loudly, while others, secure in their agenda, clap behind closed doors.”

It would be “a pity” if Sisulu’s comments went unchallenged within the executive, Zondo added. He said he would decide “at some stage” if a meeting with President Cyril Ramaphosa was needed regarding the utterances, but he hoped that Sisulu would withdraw her statements.

“What Sisulu wrote is not criticism, it is an insult to the justices of the Constitutional Court, the judges of the Supreme Court of Appeal, the judge presidents of the High Court, and all African judges who serve this country with distinction and determination to uphold the Constitution.”

Malema labelled the sitting Judge “an attention-seeking Barry White” and telling her not to be bullied by “anyone on the payroll of CR17″, saying Zondo should not “tell us what to think and say”.

“If she has taken a political position, she must stand by it. Zondo might have taken Zuma to jail but will never tell us what to think and say. We are not scared of him and he must know that.”

EFF deputy president Floyd Shivambu also criticised Zondo, saying his nomination as chief justice should be withdrawn over his comments.

“Zondo’s nomination as one of the candidates for chief justice must be withdrawn with immediate effect. SA must reject a political/factional CJ who sees things according to his handlers’ class prejudices and calls press conferences to respond to political opinions. He’s a disgrace!”

The African National Congress has also distanced itself from Sisulu’s remarks/ column.

This morning the minister was reported to have consulted her legal team on way forward.

SA brace yourself for more attacks as the State Capture Reports unravels.

I’d love to see the minister pen a column on tourism BEE score card that has not changed or improved, if only…

Image (Troubled soul. Minister of Tourism Lindiwe Sisulu has questioned the integrity of the Constitution and Justice system).

Gvt finally listens to junior doctors demands but through lawyers

Bafana relish this moment and make us a Rainbow-Nation!