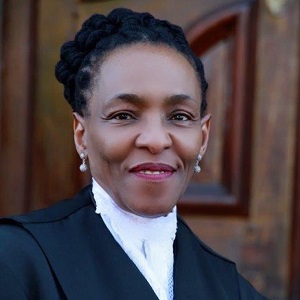 SUPREME COURT of Appeal Judge President Mandisa Maya has accepted a nomination to be the country’s next deputy chief justice, the Judicial Service Commission (JSC) said on Wednesday.

Chief Justice Raymond Zondo received a letter from President Cyril Ramaphosa last month, which said he was considering appointing Maya as deputy chief justice and wanted to consult the JSC on her suitability for the position.

“Justice Maya has accepted this nomination. Furthermore, on 3 May 2022, she submitted the required JSC questionnaire and all the necessary and standard documentation required for persons who seek to be appointed as a judge,” said the JSC.

The JSC invited law bodies, members of the public and other interested institutions to make written submissions on the suitability of Maya for the appointment, as well as any other relevant info.

Maya will be invited for a public interview in Gauteng on 20 June 2022.

In March, Ramaphosa announced the appointment of Zondo as the next chief justice.

Maya had previously been shortlisted for the chief justice position, along with judges Mbuyiseli Madlanga and Dunston Mlambo.

Image (Supreme Court of Appeal Judge President Mandisa Maya could be the next deputy chief justice).