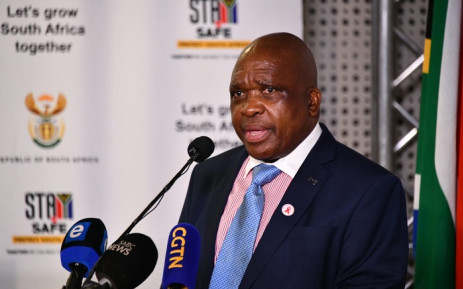 THE DEPARTMENT of Health has announced limited regulations with effect from Thursday, just an hour before the remaining restrictions were due to expire at midnight.

The regulations, which are in effect from Thursday, have emphasised the public will still be required to wear a face mask when entering and being inside an indoor public place.

However, this does not apply to children at school.

“Again, under these limited regulations, no person may use any form of public transport unless wearing a face mask,” the department announced in a statement on Wednesday evening.

For any indoor and outdoor gatherings, a maximum of 50% of a venue’s capacity may be occupied provided attendees are vaccinated against Covid-19 and produce a valid vaccination certificate.

“Alternatively, attendees must produce a valid negative Covid-19 test result not older than 72 hours prior to the date of the gathering.

The previous remaining restrictions, initially imposed under the national state of disaster, were due to expire at midnight.

President Cyril Ramaphosa announced the end of the national state of disaster in April.

The termination of the state of disaster dismantled the legal authority under which mass gatherings were banned and masks were mandated on public transport and in public-access buildings.

A set of “transitional measures” were kept in place until Wednesday, but were set to automatically lapse after 30 days.

The Health Minister Dr Joe Phaahla has extended the period for public comments on health regulations relating to the Surveillance and Control of Notifiable Medical Conditions; Public Measures in Points of Entry; Management of Human Remains and Environmental Health by three months.

The new closing date for submission of comments is 5 July.

Tourism will slowly recover despite the battering- SAT’s Thebe Ikalafeng