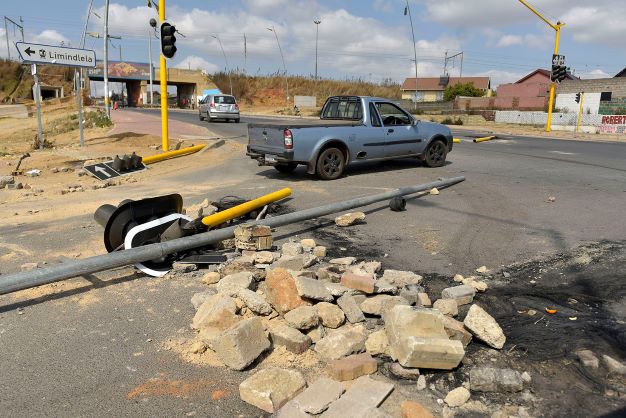 MEC FOR Gauteng Cooperative Governance and Traditional Affairs, Lebogang Maile to visit the troubled Tembisa this morning, in a fact finding mission.

The mission is to probe the problems faced by the community that resulted in total chaos and burning of buildings, cars and dismantling of robots this week.

Some of the municipality buildings were also torched.

Thus far the protests have claimed four lives and Ipid has promised to investigate the shootings.

The bone of contention- high municipal rates and taxes.

Resident of Tembisa and leader Chuku Mogotsi says residents would continue protesting until the Ekurhuleni Municipality attended to their grievances.

Mogotsi added many could not afford to pay their rates and taxes.

“We are spending a lot of money on electricity. Our tariffs are skyrocketing.

“Our municipal rates are too high and we can’t afford them. The municipality has cancelled the free units they used to give us.”

“We are pulling hard. We then decided to write a letter of demand to the mayor. We need lower rates. We need a flat rate. The municipality has to reinstate the indigent policy.”

MEC Maile promised to find a lasting solution and see how best their grievances could be resolved.

He will be accompanied by the Mayor of City Tania Campbell, who has been described as a ‘coward’ for her delaying tactics to meet with residents.

Initially the Mayor wanted to address them on Friday but Maile had to twist her arm and join him today.

MMC for Community Safety Letlhogonolo Moseki said they will deploy more than 100 Ekurhuleni Metropolitan Police Department officers to Tembisa, and would monitor the situation.

Image (Litany of destruction that besieged Tembisa during protests).

Nedbank Runified challenge seeks to help SA’s on how to deal with depression and live BETTER!

Township economy contributes billions into the GDP yet no tangible results, but Castle Lager through its new campaign aims to change the ‘ball game’

DA, EFF no match for ANC in Ekurhuleni!