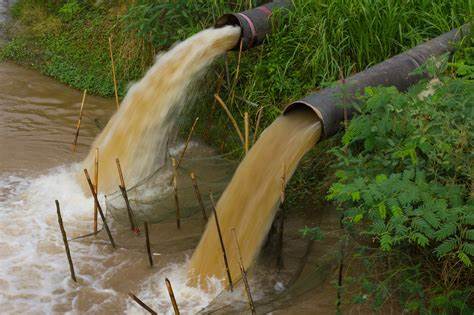 THE JOHANNESBURG Road Agency (JRA) is racing against the clock to upgrade the storm water infrastructure in the City’s Region D, Soweto, ahead of summer’s rainy season.

The JRA team has completed 60% of the upgrading campaign started last year July. All upgrading is expected to be done by September 2022. The aim is to tackle the backlog of road-related defects across the City, looking specifically at storm water infrastructure ahead of the rainy season.

As part of the JRA campaign, the team is also leading a citywide drive to clean curb inlets, patch potholes and level verges as well as fix streetlights and cleaning open spaces. The campaign may also be viewed as a comprehensive approach to intensifying service delivery.

The JRA is working towards speeding up the upgrading and fixing of the storm water issues as well as other road challenges experienced by road users. Its proactive upgrading plan will include reinstating collapsed drain covers and scuffling of weeds around the curbs to ensure easy flow of rain water into the drains.

The cleaning of drains includes the removal of small and large items and substances such as silt or sand that has fallen from the transporting trucks, rubble such as small vehicle parts, and other refuse including plastics and bottles.

The areas of concern are Senaone, Rockville and Phiri, as they are more likely to result in serious flooding which can pose a safety hazard to residents of Soweto.

The Executive Mayor of the City of Johannesburg, Cllr Mpho Phalatse, has urged residents to stop littering, as this contributes to the wrecking of storm water drainage systems. “Protecting the City’s roads and storm water infrastructure is everyone’s responsibility,” she added.

Several blocked storm water drains have already been unclogged in suburbs such as Rabie Ridge and Ivory Park in Midrand, Meadowlands in Soweto, Alexandra as well as Hillbrow in the inner City. The work will spread to other areas as time goes.

“Due to the large volume of rain we’ve had in the City, we’ve received complaints of blocked storm water drains. We’ve sent our Environment and Infrastructure Service department to clear the drains to reduce flood risk on the roads,” said Site Agent, Mathapelo Sintu.

Although the JRA is hands on, there are challenges that hinders the progress and productivity of the campaign such as hard rocks and burst pipes which results to the process being delayed.

“My business is very stagnant due to the work that is currently on hand by the JRA team because people, especially motorists find it difficult to drive to where my business is situated as there are rocks, pipes, drains and mud in the streets,” said Senaone, Soweto, resident Florence Mashiane.

The City urges communities to report all stormwater infrastructure defects on:

R72.5m expected into the GDP of KZN as Tourism Indaba folds

The Colonel’s kitchen tour of Meadowpoint