Let us take greater charge of our lives!

September 30, 2015 by Phepheng MARUPING No Comments

Not to be petty, but I saw a man helping himself along the road while driving to work. He stood right next to his car and answered nature. 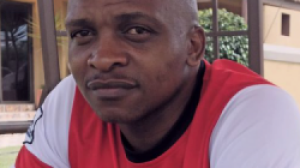 This week our Columnist Maruping Phepheng, makes a calling that we should take greater charge of our lives.

At first I felt he must be really pressed to help himself that publicly. These things can be uncontrollable at times, I know.

But then moments later I drove past a garage. You know, that place where they have toilets for public use? Ja, that place.

So I began to wonder why this guy would not drive an extra four hundred metres or so to make use of garage facilities. (I should add that I have stopped there a few times before. I know they are generally spick-and-span.) But then I recalled, just like you probably do, the many times one has had to see adults helping themselves along the major roads. So this was after all not a unique, rare detection.

I don’t want to pass judgement and say people are uncouth and stuff like that, no. But is it not a bit of a problem when we deliberately elect not to use available (and often free) facilities to help ourselves in plain view of everyone, children included? Aren’t we bringing ourselves to shame? What kind of example are we setting for our own children through this obviously deplorable conduct?

Not such a big deal you say?

Well, I disagree. I feel in fact that we must be as robust and vigilant against such repugnant predispositions as we are when we protest against, say, poor service delivery.

We march a lot against poor service delivery by municipalities, at times even demanding the removal of councillors. I squabble not with this, especially if the demands are not spurious. Indeed such social activism is the way if we are going to keep the powers that be on their toes.

But there are many other pieces of our lives that are surely worthy of the same amount of revolt is there not? The funny thing is we seem to have made peace with such eyesores, just like we have with people helping themselves along the road in full view of other road users!

I mean, should we for instance not be marching to taxi ranks across the country demanding that taxi drivers treat other road users with respect? That they ensure their vehicles are roadworthy before getting their trips started? That they stop overloading our children in their combis every morning when they go to school or crèche?

Should we not be marching against that nurse in our local clinic who treats patients badly? That very nurse who would rather be watching a repeat of Generations or visiting a social network site while a mother is in pain, waiting for help?

Should we not be marching to the local police station to protest against that policeman who drinks while on duty? That one who instead of patrolling is always seen having ‘a good time’ with young girls inside the police van while at the same time a terrified mother is told there are no vehicles available to attend to her call for help?

Should we not be marching against a teacher who drinks with learners and then sleeps with them, in certain instances impregnating them?

Indeed should we not be maddened with tavern owners allowing under-aged children into their establishments, thereby exposing them to all sorts of hazards?

We know people selling stolen goods among us. We even buy these things ourselves. But do we even wonder for a moment if the rightful owners were at least left unharmed during the robbery? Are they still alive or were their throats slit open just so that you and I can have that R10000 laptop for a thousand?

How are we ever going to stop large scale fraud and corruption if we fail to attend to these ‘small’ deviations happening right in front of us?

What kind of children are we raising? What social mores do we want them to live by? I hope we care enough to realise that they are watching, that they are learning.

If we want to turn this around, if we want to arrest the decaying moral fibre in our society, we should identify and confront all ills without mercy. We should as a matter of necessity and great urgency be social activists so that rapists and murderers and the likes never get to feel safe among us. We must be the first to arrest them and hand them over to the cops.

I think it was William Arthur Ward who once said “… the superior teacher demonstrates. The great teacher inspires.” Well, every day of our lives we are presented with opportunities to demonstrate goodness, and to inspire. Let us all abandon the hesitation and snatch the opportunity to become what we hope our children will be.

Maruping Phepheng is a novelist. His twitter handle is @phephengm